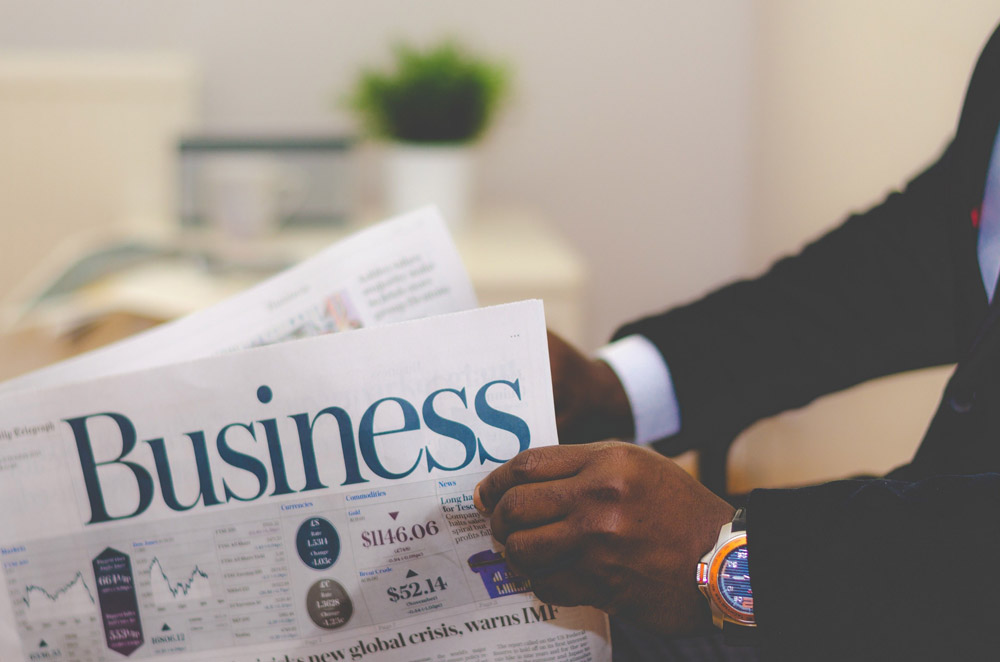 For years most organizational pundits have known that it is not how much you know but how well you relate to other people in the organization that really matters.

Research by the Center for Creative Leadership has found that the primary causes of derailment in executives involve deficits in emotional competence. The three primary ones are:

1. difficulty in handling change
2. not being able to work well in a team
3. and poor interpersonal relations.

A study of 130 executives found that how well people handled their own emotions determined how much people around them preferred to deal with them (Walter V. Clarke Associates, 1997).

Effective coaching works with executives and others to develop their proficiency in working with change. It helps them identify when teamwork is important and to use their skills to foster it. Coaching builds skills and capacities for effective working relationships.

Coaching paves the way for decision makers to create higher levels of organizational effectiveness through dialogue, inquiry and positive interactions. Coaching creates awareness, purpose, competence and wellbeing among participants. Coaching is NOT another feel-good exercise based in soft skills that has no correlation to the bottom line.

In an article in the Harvard Business Review (Jan-Feb 1998) entitled The Employee Customer-Profit Chain at Sears, by Rucci, Kirn and Quinn, a model was developed indicating that 5 units increase of employee attitude led to 1.3 unit increase in customers’ positive impression, resulting in 0.5% increase in revenue growth.

Between 25 and 40 percent of Fortune 500 companies use executive coaches, according to the Hay Group, an international human resources consultancy. According to a survey by Manchester, Inc., a Jacksonville, Florida, career management consulting firm, about six out of ten organizations currently offer coaching or other developmental counseling to their managers and executives. Another 20 percent of companies said they plan to offer coaching within the next year.

Although it was once used as an intervention with troubled staff, coaching is now part of the standard leadership development training for executives in such companies as IBM, Motorola, J. P. Morgan Chase, Hewlett-Packard and many others. Companies such as Merrill Lynch and sales-based organizations such as insurance firms use coaches to bolster performance of people in high-pressure, stressful jobs.

In some cases, the coaching is geared toward correcting management behavior problems such as poor communication skills, failure to develop subordinates, or indecisiveness. More often, however, it is used to sharpen the leadership skills of high-potential individuals. Coaching can ensure the success, or decrease the failure rate, of newly promoted managers. “People are in a legitimate state of doubt– about galloping technology, globalization, heightened competition and increased complexity,” says Warren Bennis, who teaches leadership at the University of Southern California. “They need someone to bounce ideas off of and to listen to their existential grousing.”

Michigan-based Triad Performance Technologies, Inc. studied and evaluated the effects of a coaching intervention on a group of regional and district sales managers within a large telecom organization. The third party research study cites a 10:1 return on investment in less than one year.

The following business outcomes were directly attributed to the coaching intervention:

o Customer revenues and customer satisfaction were improved due to fully staffed and fully functioning territories.

o Revenues were increased, due to managers improving their performance and exceeding their goals

The Confusion over What Coaching Is

Coaching means many different things to different people. The occupation is fairly new as an organized profession and is struggling to find identity. Coach training schools vary widely in their philosophies and competencies. Many consultants and persons trained in psychology are simply calling themselves coaches with no formal training or consistent standards.

In many companies and industries coaching is showing up in several ways. One is through the use of external coaches to work with key or targeted individuals (CEOs, high potential executives, problem managers). Secondly, some companies have hired internal executive and management coaches. Thirdly, they have trained their own management and executive staff in coaching skills. While all of these are valuable initiatives, each has unique implications.

For our purposes here, business and executive coaching is defined as an interaction that occurs between people that produces desired performance, change or transformational results by promoting personal and organizational awareness, purpose, competence and well-being.

How coaching is experienced by people in organizations, however, is not always clear. There is a great difference in the coaching experience that depends on whether the person coaching is truly independent or not.

Coaching Without Responsibility, Accountability and Authority

According to Mike Jay, founder of B-Coach Systems, “It is easy to mistake a coach for an individual (leader, manager, teacher, trainer, mentor, etc) who is coaching, since they both use the same skills; however, the critical issue is that of responsibility, accountability and authority over outcomes.  This key differentiation separates coaches from leaders, mentors, managers, teachers, trainers, facilitators and counselors coaching.”

This difference is important because it shapes the nature of the coaching relationship. Only with a coach is the focus solely on the agenda of the person being coached as a part of a business or organizational system. When a manager is coaching, or using coaching skills, there is at the very least implicit pressure to change in a direction desired by others. That pressure may also be present when an organization designates internal personnel to do coaching.

With an external coach the focus is on the development of the person being coached. The most effective coaching will help clients identify the relationship between their own development and the requirements of the business. There is a natural tension between these two streams that a coach can help clarify. By asking questions designed to examine assumptions and beliefs, the mental models of the person being coached are explored. This leads to double-loop learning (Argyris and Schon) where a person can improve not only performance, but emotional intelligence as well.

A truly effective coaching experience is one that provides long-lasting results. On the surface, coaching sounds like goal setting with accountability and motivational pumping up. The athletic coach comes to mind. Even Ken Blanchard co-authored a book with Don Schula, Everyone’s a Coach. But the truth is, not everyone’s a masterful coach.

Not Everyone’s a Masterful Coach

The work of effective coaching within organizations involves unleashing the human spirit and expanding people’s capacity to stretch and grow beyond self-limiting boundaries.  Coaching should not start with goal setting and problem solving, but rather with exploring the underlying concepts or mental models that a person uses to make meaning. What are the assumptions and beliefs that determine behavior?

The truly effective coach knows that you can’t solve a problem before you know what the problem really is.

This is a primary difference between coaching, as it is set forth here as an independent set of skills, and consulting. The consultant is usually called to provide answers. The consultant doing coaching may or may not be skilled at distinguishing this important difference. Before they can focus on performance issues, a masterful coach guides the exploration process, identifying openings where there may be blind spots. He or she helps to clarify what really matters to the person being coached. Together, they look towards alignment of personal and organizational goals. Only then can there be commitment to right action within the context of the organizational culture and business reality.

It becomes evident that this exploration of assumptions and beliefs is difficult to do when the person coaching is a peer or a supervisor within the organization.

Goleman, Boyatzis and McKee in their book Primal Leadership (Harvard Business School Press 2002) bring up the point that despite the commonly held belief that every leader needs to be a good coach, they exhibit this style least often. In high-pressure times, leaders say they “don’t have the time” for coaching. Although coaching focuses on personal development rather than on accomplishing tasks, this leadership style generally predicts an outstandingly positive emotional response and better results.

The Critical Need for Impact Studies

What is not always clear in organizations is how initiatives of any sort dealing with intangible effects can impact the bottom line. Some examples of the ways that coaching programs affect financial results are provided in this article.

One study conducted by MetrixGlobal for an executive coaching program designed by The Pyramid Resource Group was impressive.  Pyramid coached over 70 executives from a multinational telecommunications company that included participants in the United States, Canada, Mexico, and Brazil.  MetrixGlobal performed an extensive survey of 43 coaching participants that yielded the following results:

Coaching produced a 529% return on investment and significant intangible benefits to the business.  Including the financial benefits from employee retention, coaching boosted the overall ROI to 788%.  The study provided powerful new insights into how to maximize the business impact from executive coaching.

It remains critical to reiterate the need for coaching to demonstrate the impact on the bottom line. Money is acknowledged as an indicator of value in the marketplace. Peter Drucker often refers to profit as the return on invested capital. We must always evaluate the return to our human and financial capital in light of profitability. It is critical to establish measurements before coaching programs are implemented in order to account for the change induced by coaching. Few organizations or consultants take the time to do this.

To be successful in today’s ever-shifting market, people count for more– they can make or break the best business strategy, be the driver or brake in adopting new technologies. People are not an implementation issue, nor just an operational or strategic asset. People are the raw resource around which business success revolves.

No strategy, however well designed, will work unless you have the right people, with the right skills and behaviors, in the right roles, motivated in the right way and supported by the right leaders. Adopting new technologies without having the right people to use them wastes billions of dollars of investment by companies throughout the world.

When star performers were compared to average managers, four competencies of emotional intelligence emerged as the unique strengths of the stars. Not a single one of them related to technical or purely cognitive strengths. The following four abilities distinguished those managers who were star leaders, that is, those whose growth in revenues and return on sales put their performance in the top 10 to 15 percent:

Then, with a clear idea of which competencies to target, another pool of managers was trained to cultivate these four strengths. They became familiar with and were evaluated on each competence, and they set goals for improving them. The result was an additional $1.5 million profit, double that of a comparison group who had no training.

What this means is that there is a clear case for training in the competencies that involve emotional intelligence. Being able to identify and define such competencies is now made possible through 360-degree surveys such as the Emotional Competency Inventory, or ECI, developed by the Hay Group. Coaches can facilitate the effective delivery of feedback given to persons from their peers, subordinates, supervisors and even from family members who are invaluable sources of information.

One of the most effective ways of accessing greater emotional competency is through coaching. Coaching helps develop sound leadership, outstanding interpersonal practices and the ability to manage organizational conflicts. Coaching is about creating the capacity for appreciative and supportive interaction that leads to the achievement of business results.

The coaches and consultants at Full Spectrum Leadership Inc. are some of the most effective in the industry today. They are trained and qualified to work with the many complex issues that stymie productive choice-making, associated actions, long term effective behaviors.

Contact: Peter Comrie at peter@fullspectrumleadership.ca to schedule an exploratory interview.